Back from two weeks in the Outer Hebrides and already planning next year’s trip but as John Denver sang “hey, it’s good to be back home again”. This is the eastern branch of Raisdale with Beak Hills farm below the narrow ridge of Cold Moor or, as it was once called, Mount Vittoria.

For a brief few weeks the moors are a sea of purple heather which is now at its best. Seen from Highcliff Gate, Sleddale Farm appears an island of lush green pasture. The name means a wide flat valley and was probably a meadow of summer pasture before being given to the priory to be developed as a monastic cote or grange. The valley is a favourite for bird watching which over the years Osprey, Marsh and Hen Harriers, Common and Rough-legged Buzzards, Goshawk, Sparrowhawk, Peregrine, Merlin, Kestrel and Red Kite have all been spotted. 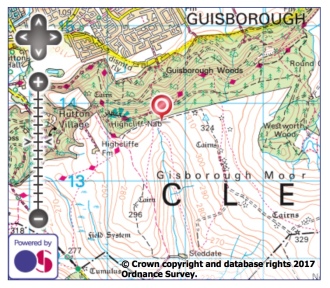 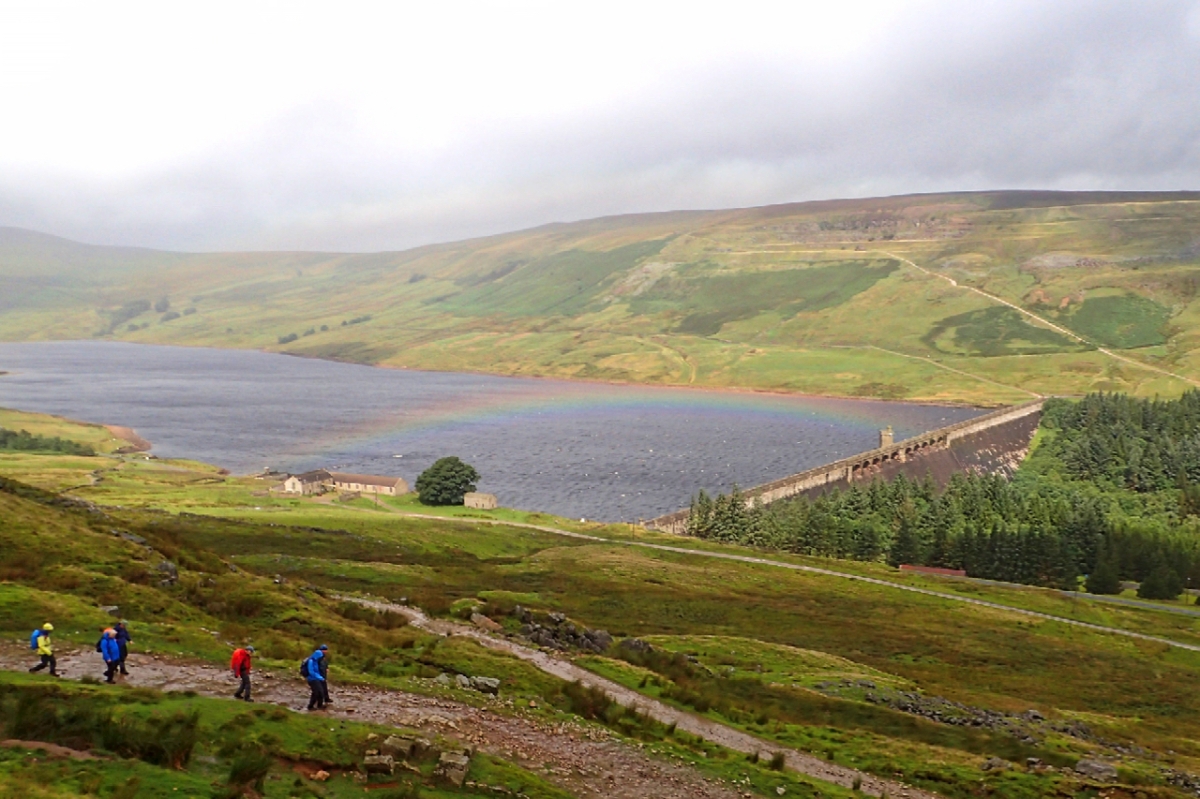 Scar House was the third reservoir in upper Nidderdale to be built for the Bradford Corporation Waterworks. Construction work took 15 years finally completed in 1936 with one million tons of masonry being quarried from on Carle Fell opposite. The incline leading to the large quarry can be seen in the photo. The workers and their families lived in a temporary village on this side of the dale just off to the right complete with post office, hospital, church and cinema, to service a population of 1,250. For the bringing in of materials a narrow gauge from Pateley Bridge was used that had originally been constructed for the Angram Reservoir further up the valley. Water from the reservoir finds its way to Bradford purely by gravity. In 1930 British Pathé produced an interesting (silent) film about the construction of the dam. It can be seen on YouTube:

The ling is coming into full bloom. A few more days yet. A view across the bracken covered northern branch of upper Lonsdale to Percy Cross Rigg.

Weardale in the Durham Dales. A land of underlying sedimentary rocks of limestone, sandstone, siltstone and mudstone cut by deep valleys with wet boggy tops. And isolated whitewashed stone cottages. This is Thatch Mires above the village of St. John’s Chapel.

As the Lake District joins the Taj Mahal, the Great Barrier Reef and Grand Canyon on the list of Unesco’s world heritage sites it is easy to forget that all but the high fells are largely a manmade landscape. Indeed sheep farming is probably the main reason behind this new status not that everyone agrees with it. But mining and quarrying have also dramatically altered the landscape. A 13th century document tells of gold, silver, copper and lead mines in the Newlands valley. This is thought to be Goldscope mine and the foot of the Handscarth ridge. Yewthwaite Mine is below Cat Bells, probably the most popular fell in the Lake District. Most visitors however are unaware of the mining activity that took place on its western flank. It was operational in the later half of the 19th century working on a vein of lead. There was also a vein of copper but this was not fully developed. The galena extracted was dressed on site using a crusher with power generated by a water wheel on Yewthwaite Beck.

The high peak on the far right is Causey Pike, 637m high with a southern flank giving one of the most relentless, steepest climbs I have ever done.

A short break from watching my DoE group toil up to Windy Gap from Black Sail YH to nip across Great Gable and spend a moment’s reflection looking down on Wasdale, a perfect valley.

Crummock Water and Buttermere, in prehistory both were once part of a single lake until the alluvial fan from the sediments coming down Sail Beck separated the two. Nicholas Size coined the name the ‘Secret Valley’ for Buttermere in his 1920’s book. It tells the story of Saxon and Norman attempts to conquer the Norse settlers of Lakeland. Before the modern road around Rannerdale Knotts was made Buttermere was hidden from view up Crummock Water. In the 1070’s Boethar the Younger chose this hidden valley as his base to defend Lakeland and to carry out guerrilla attacks against the Normans. The name Buttermere derives from Boethar’s mere.

Finally blue skies, after a week of rain. And quite warm too until the clag moved in late afternoon. Watendlath nestles between Borrowdale and Thirlemere in the Lake District. The hamlet is the location for the fictional home of Judith Paris in Sir Hugh Walpole’s four book saga of life, intrigue and romance in the 17th century. The dale was once owned by the monks Fountains Abbey but the name is older, it comes from the Old Norse, vat-endih-hlada, meaning water end barn.